Growing up in a dangerous neighbourhood, you learn street smarts pretty early on. You don’t necessarily grow up paranoid but you do have a consistent dose of vigilance, skepticism, anticipation and anxiety. I grew up with all those feelings and emotions but I didn’t label them that way. In fact, I didn’t know how to label them. For me, it was just part of life. I felt what I felt without understanding what it was that I felt.

By the time I was seven or eight, what I understood wholly was recognizing potential dangers. For example, one time I was in an elevator with only one other person in it. I had never seen this guy before and he looked shady. I’ll never forget it. We both stood in the elevator as the door closed. Not one of us had pressed our floors yet. We both waited for the other to cave. He finally committed and pressed 19. I lived on 19 so my fears amplified. I pressed 17. That way, he’d think I lived on 17 and I wouldn’t give away my real floor. A mind game, for the sake of self-protection. 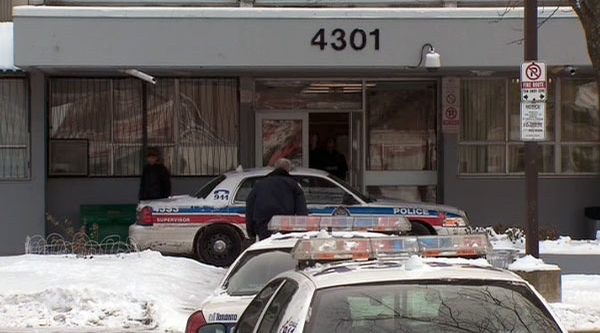 I understand how that sounds. It’s a bit too much to believe for most people. But in areas that have a higher risk of potential dangers – like my childhood neighbourhood – you must be alert enough to notice the nuances of how people operate, what behaviours they exhibit, how they talk, how their eyes move, what energy they project. That’s the only way to survive. Otherwise, you become an easy target, easy prey and vulnerable enough to be taken advantage of consistently.

So, how does this all fit in with solo traveling? Simple.

You don’t always have someone to protect you. Albeit incredibly gratifying and free, traveling solo relies heavily on your ability to not only entertain yourself but to protect yourself. Finding that right balance between letting your guard down and putting your guard up. Being adventurous enough to explore new places and smart enough to understand that there are dangers in the unknown. Living to the fullest yet trusting your intuition, because sometimes your gut feeling overrides reason and logic.

As an only child with a single Mom, being alone came easy and traveling alone wasn’t even a second thought. It was second nature. I had gone solo on many trips around the world, made new friends pretty easily and found adventure everywhere. And, thanks to my years of street smarts, coupled with cocky youth, I felt that I had a pretty firm grasp about traveling and any potential pitfalls and dangers.

That is until I got to Istanbul.

After two months of riding high and partying through Europe, I crashed in Constantinople. Despite all the street smart experience in my back pocket, nothing could protect me from what I was about to experience. Blindsided, this one night in Istanbul left me feeling everything from numb and stupid to grateful and humbled. This is my story. 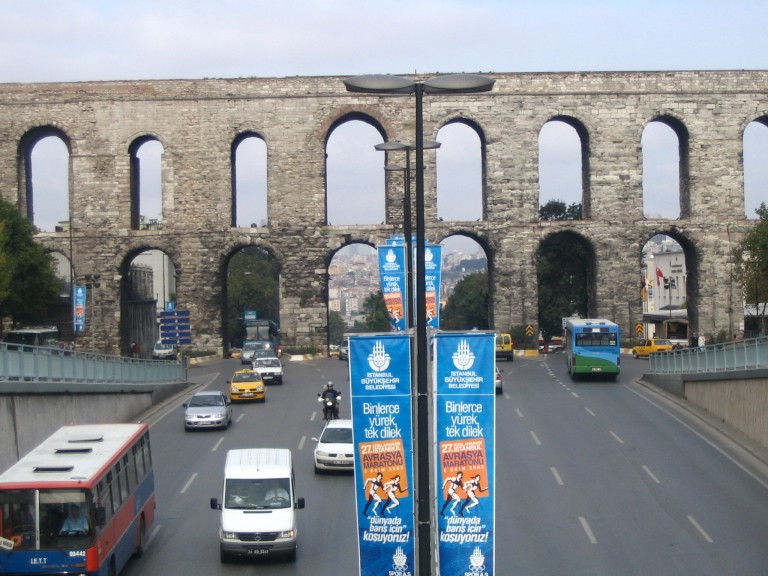 Landed at 10pm. Alone with an intoxicating mixture of thoughts and emotions.

13 million people. Would anyone help me? Not likely.

How did these monuments look when the Venetians first gazed upon them? I can’t imagine.

11:30pm. Wondered if Turkish baths were open late. Did Turkey have a law against sleeping on park benches? Didn’t know. Didn’t want to find out.

I decide to drop my bags and head out. A fleeting thought. I’m only going to have one drink, don’t need my credit cards. I take only a 20 and my driver’s licence for a piece of ID, if needed. My camera too, to take photos of the history at night.

Picture this: Underground bar. Dark. 30 minute walk from my hotel. Having a drink. Alone.

A man approaches. Sits with me. Think nothing of it. Small talk.

Minutes pass, two women approach. Both sit, one next to him, the other next to me. Waiter follows. Peanuts and two glasses of wine, one for each lady.

The couple across the booth start to speak Turkish. The woman next to me speaks broken English and immediately starts her pitch. Persistent.

Little do I know I was becoming a victim of a classic scam. One that is pulled on tourists all over the world, on a consistent basis.

I don’t know how and why it didn’t dawn on me earlier but I finally realized that this was actually happening to me. Ample street smarts, sure. Too late.

Careful not to offend her and her pimp, who for all I know is sitting across the booth from me. Make up a story. I have a wife, kids. She sees the lie.

She doesn’t buy it. Frustrated, she begins to speak Turkish to the rest of the group.

Make a run for it? Push her out-of-the-way?

Two major things (among many) are going against me: Over small talk, we chatted about where each of us come from, a common conversation piece in Turkey. So, it’s known that I have Greek roots, which for all I know makes me the enemy in Turkish eyes. Not exactly the most peaceful neighbours. I’m also Canadian, which could make me look like a wealthy Westerner.

I stay, face what comes next.

Waiter approaches with the check. Leaves it face down.

In seconds I’m ordered to enter a back room.

Mind racing. Scared senseless. What would happen to me? What would I have to do?  How long does it take to pay off this debt in Istanbul?

“I don’t have any money, brother”.

He doesn’t believe me. Pads me down. Checks my shirt, pants, pockets. He finds something.

Have you ever stood in total silence, in total fear, under intense pressure, facing an uncertain fate, for 30 seconds? Eternity. I wait.

“Go. Get out of here”, says the owner. Giving me back my ID and camera, keeping the 20.

I sprint. Across the bar. Up the stairs. Out the door. Down the main boulevard, towards the hotel. 30 minute walk. 10 minute sprint. Istanbul’s polluted air was intoxicating, sweet that night.

Collected my thoughts. Did all that really just happen?

Yes. Lucky to escape unscathed. Came back to my hotel, thanked the hotel manager for insisting he hold on to my passport and went to my room. I felt so out-of-body that I wanted to touch everything to make sure I was still alive, present. I was ok.

Couldn’t imagine what would have happened. Actually, I could, just didn’t want to think about it. Nobody would have known. Had I had my passport and bank cards with me, they would have been confiscated. Relieved.

I couldn’t sleep well that night. It was only after a morning coffee that things began to sink in. I was taken in by a scam. Everyone was in on it. Brilliant job. For one night in Istanbul, I was a mark.

I’m very hard on myself. Always have been. I looked at that whole experience as my fault. I should have this and I should have that. In the end, beating myself up over it proved to be pointless. Scams like this go down worldwide. And there are hundreds more being perfected daily. Sometimes, being über vigilant doesn’t mean much, especially when you’re dealing with powers and skills of persuasion that are well beyond your control.

Would it have made a difference if I had someone with me? Maybe. Maybe not. I think moments like this are meant to happen. No matter how much you try to protect yourself, no matter how street smart you are, there are sometimes bigger forces at play. The universe has ways to knock you down, smarten you up, open your eyes and keep you going. I consider myself very lucky. In my case, the universe gave me an empathetic hotel manager and told me to take only what I needed that night. It rewarded me with the chance to share my story and hopefully educate others on their journeys.

Remember that elevator story from earlier? When I pressed 17, my mind raced. I thought, ok, I’d get off at 17, wait for the elevator door to close behind me, then sprint up the stairwell to 19 before he got there. In hindsight, it made NO sense at all but seemed like a genius idea at the time. I made it to 19, out of breath, opened the staircase door, and nearly shit my pants in panic. There he was, coming out of the elevator. We were now face-to-face. I was caught in a lie and totally paralyzed by fear.

He wore sunglasses and a long trench coat. He looked at me and asked: “Was your apartment recently robbed? Did they take your Nintendo and a bunch of you Mom’s jewelry”?

Heart racing, I responded with, “ya”. Reaching into his pocket, he pulls out a couple of small, black boxes and opens them. She shows me a pile of rings and earrings and asks me if I recognize any of them. Told me he was an undercover cop and that he would be back again. Something inside me came back to life. I ran, down the hall, looking back to see if he was following me. I could see his head peaking around the corner to see which apartment I was going into. When I looked back again, he was gone. I unlocked the door and arrived home. He never showed me a badge. I never saw him again.

Street smarts comes in handy when traveling, and especially when traveling solo. Did it protect me at all times throughout my life? No. Nothing does. But street smarts has led to life lessons. Recognize and avoid potential dangers, anticipate and avoid any dangerous , even life-threatening outcomes and maximize the fun to be had and the lessons to be learned. After all, isn’t that what it’s all about?

Hey y’all. I’m Jim. That kid went on to spend 16 years in the broadcast media world before starting up Travel Mammal, a site dedicated to working with brands to promote travel, food, and cultural experiences.

Travel Mammal isn’t about the selfie or checking things off a list. It’s about both the journey and the destination. So enjoy it and happy travels,  y’all!

This site uses Akismet to reduce spam. Learn how your comment data is processed.

“The photographs Jim took during his travels were remarkable and highlighted the east coast of the province beautifully”.
Anna-Lee Vienneau, Tourism New Brunswick

“His writing, paired with mouth-watering photos has made his Best of Toronto lists a hit!”
Erica Pannozzo, Content Manager, Yellow Pages Canada